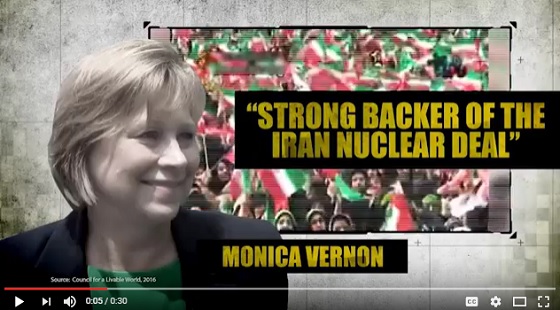 The ad will air on Cedar Rapids broadcast and cable beginning Tuesday, October 25, as part of a now $800,000 independent expenditure campaign in IA-01, up from a previously announced $440,000 investment. A 15-second version will run on digital platforms. AAN and its sister super PAC Congressional Leadership Fund’s total announced general election spending to date is over $40 million in 32 districts nationwide.

Yet Monica Vernon is a strong backer of the Iran Nuclear Deal.

A deal giving one hundred and fifty billion dollars to Iran, the world’s largest state
sponsor of terrorism.

Even they admit some of the money will go to terrorism.

The deal she supports gives a country that chants “death to America” in their streets the
resources to bring that hatred to ours.