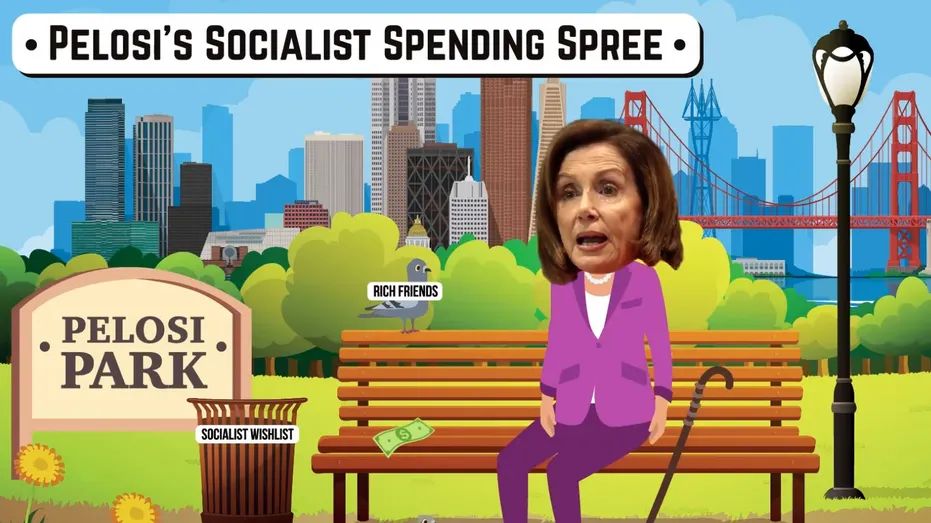 Adding to our ongoing advertising efforts to stop Nancy Pelosi’s $3.5 trillion tax increase and spending spree, American Action Network launched a new website this morning – SocialistSpendingSpree.com – that showcases how Pelosi and her friends will get handouts, and stick middle-class families with the bill.

Check it out here and see the writeup in Fox News below.

The launch of the new website, SocialistSpendingSpree.com, which was shared first with Fox News on Tuesday by the pro-GOP American Action Network (AAN), is part of the outside group’s push this year to torpedo the social spending, human infrastructure and climate change bill the White House and congressional Democrats are struggling to pass into law.

Congressional Democrats – who hold razor-thin majorities in both the House and Senate – are aiming to pass their package along party lines through a parliamentary process known as reconciliation.

If it becomes law, the measure would become the biggest expansion of the federal government’s social safety net in many decades. To pay for their plan, Democrats are calling for tax hikes on corporations and the wealthiest earners, as well as beefing up the IRS in order to generate more revenue by cracking down on people who cheat or underpay on their taxes.

But AAN communications director Calvin Moore charges that “any Member that votes for the socialist spending spree is going to have a tough time explaining why working Americans and small business should foot the bill for handouts to Nancy Pelosi and her liberal cronies.”

The new website showcases what AAN says are unpopular elements of the spending bill, including “tax credits to elite liberal universities, tax breaks for rich people to buy electric cars.” Also spotlighted is what some Republicans have derided as “Pelosi’s park” – $200 million in federal funding for the Presidio, an historic military base that was turned into a 1,500-acre park and development in prime real estate in San Francisco, which is located within the speaker’s congressional district.

The launch of the website follows internal polling released last week by AAN that suggests the Democrats’ spending package is unpopular in key congressional swing districts. Republicans need a net gain of just five seats to win back the majority in the House of Representatives in the 2022 midterm elections. AAN has spent roughly $14 million already this year to run ads targeting potentially vulnerable Democrats over their party’s spending package.

The White House and congressional Democrats have been unable to come to agreement on an overall price tag and what’s included in their social spending and climate change package, due to disagreements between party moderates and progressives. The intraparty warfare has also held up passage of a separate $1 trillion bipartisan infrastructure bill.