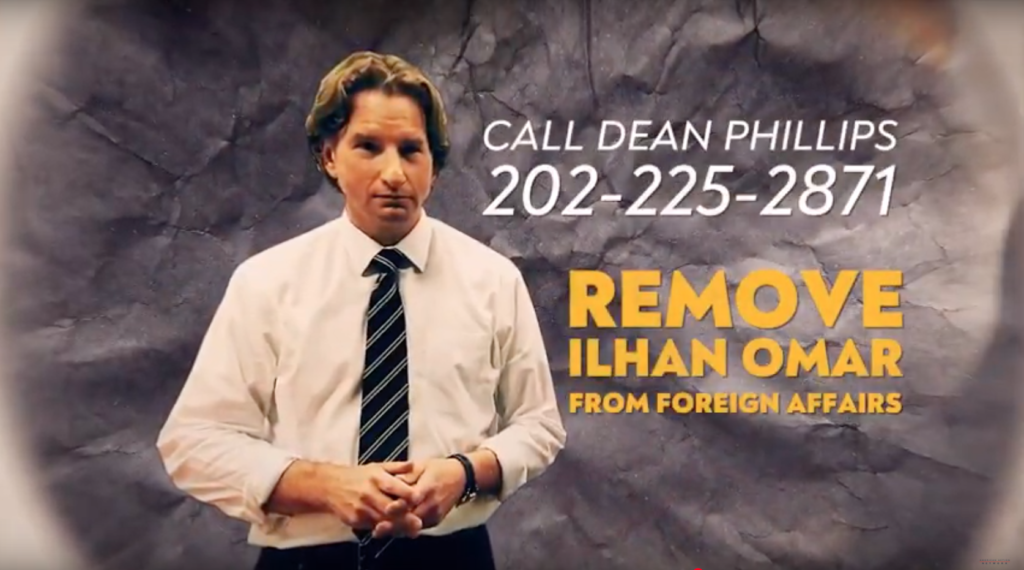 WASHINGTON – Today, the American Action Network is launching a new digital ad campaign calling on Rep. Dean Phillips (D-MN) to stand up to hate and demand Rep. Ilhan Omar’s (D-MN) resignation from the House Foreign Affairs Committee. The new ads come as the first stage of a six-figure campaign encouraging members to do the right thing after Omar’s repeated anti-Semitic remarks.

“Dean Phillips promised 3rd District voters an independent voice in Congress. But, sadly, his voice has been muted when it comes to calling Ilhan Omar to account for her anti-Semitic tropes,” said AAN Chairman and former Senator (R-MN) Norm Coleman. “Omar’s anti-Semitism has no place on the Foreign Affairs Committee and Dean Phillips should say so.”

“This is a matter of right and wrong,” said Dan Conston, AAN President. “Ilhan Omar is an anti-Semite and it is time for Dean Phillips to take action against her hatred. Omar should not be on the powerful Foreign Affairs Committee and Representative Phillips needs to step up and support her removal.”

The campaign also includes ads that will run in the districts of Representatives Tom Malinowski (D-NJ), Haley Stevens (D-MI) and Abigail Spanberger (D-VA).

And what’s Congressman Dean Phillips doing about it? Barely anything.

He hesitated to condemn Omar even though he says she’s one of the party leaders.

And Omar is still on the powerful Foreign Affairs Committee.