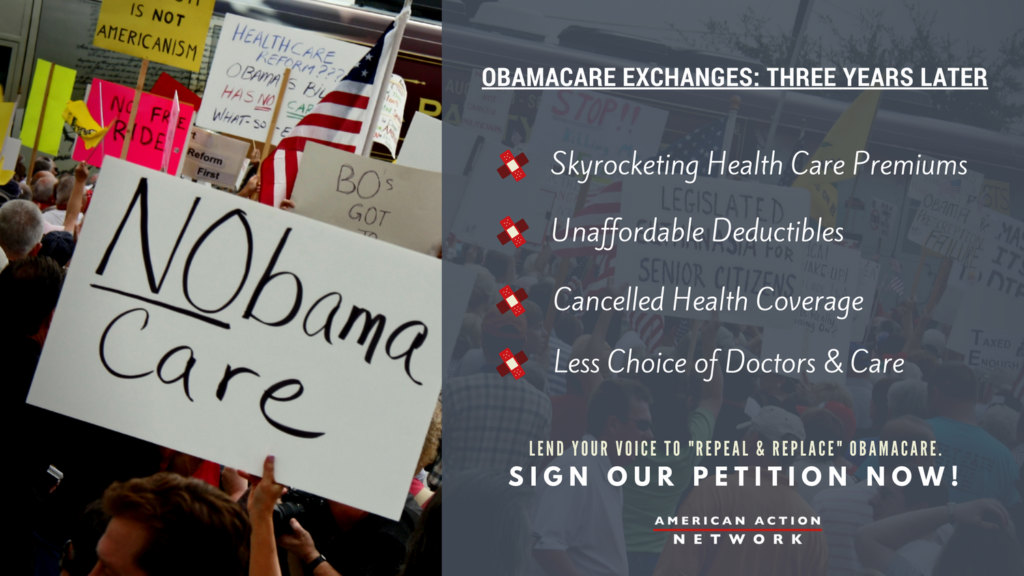 Three years after the ObamaCare “exchanges” were first launched, there’s no doubt that the president’s government health care takeover has been a disaster. Insurers are dropping out of the exchanges due to severe financial losses, jobs are being destroyed by all the taxes and regulations, and insurance premiums have skyrocketed out of control, putting tremendous financial burdens on middle-class families.

By signing below, I urge my elected officials in Washington to repeal ObamaCare and replace it with new real reforms that actually lower costs, expand access, and put doctors and patients back in charge of medical treatment.

Health Care
A New Path Forward
Health insurance that provided more choices and better care, at lower costs. A system that puts patients and doctors in charge. Providing peace of mind to people with preexisting conditions.Paving the way for new cures by eliminating senseless regulations. 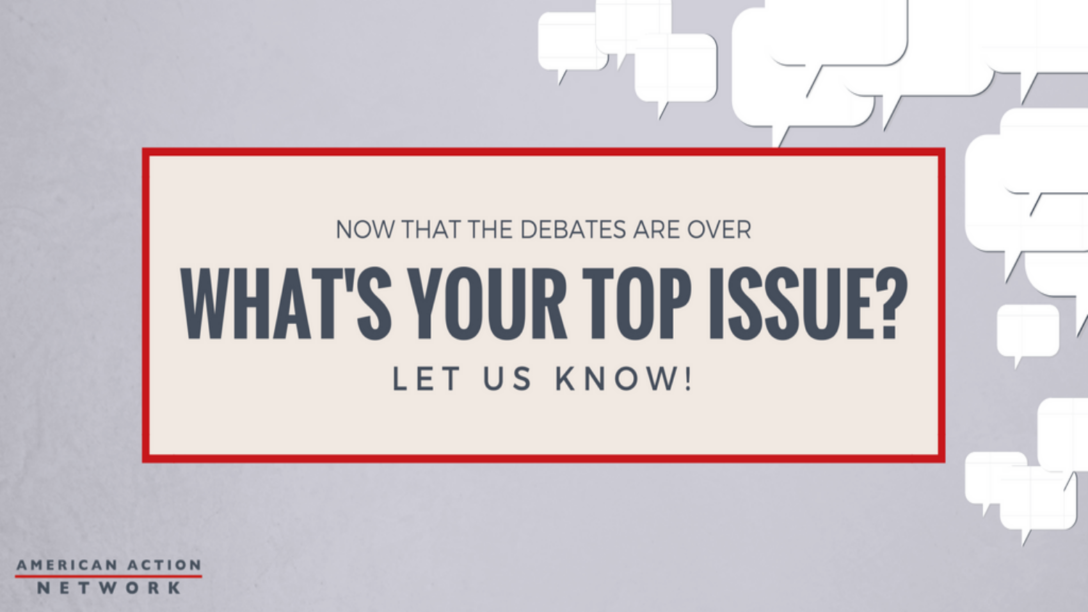 Opportunities
Presidential Campaign Survey
The presidential candidates have said everything they had to say on the debate stages. Now it’s your turn. With all the debates over and the campaign headed down the final home stretch, the media coverage will focus on tactics, ads, and insults, but we can’t lose sight of the big issues at stake on November 8th. Read more: https://americanactionnetwork.org/presidential-campaign-survey/#ixzz4Niuup4ta Follow us: @AAN on Twitter | AmericanActionNetwork on Facebook