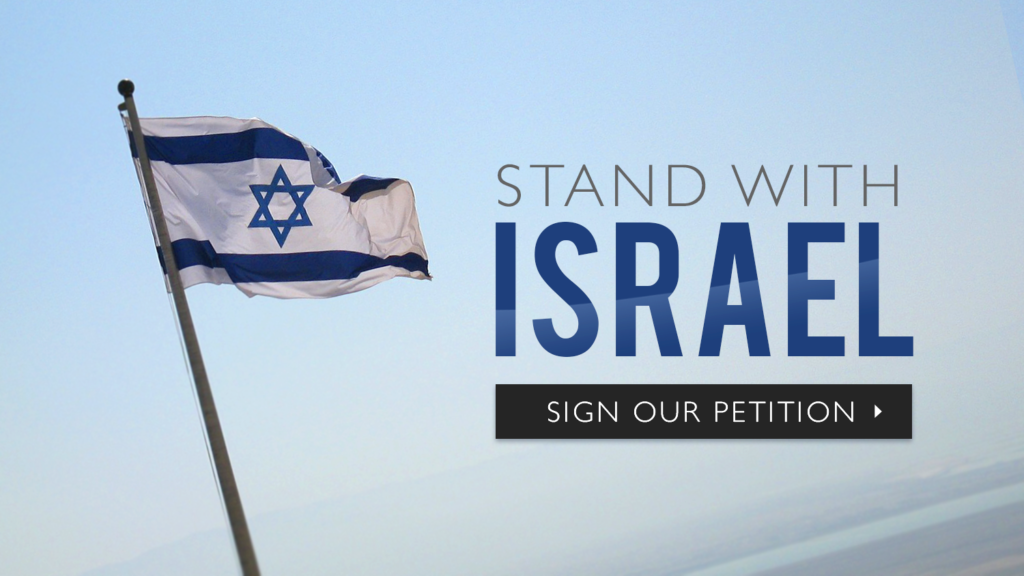 Obama Won’t Stand with Israel. But We Will!

Sign Our Petition: Obama Won’t Stand with Israel. But We Will!

The State of Israel is the United States’ strongest friend and ally in the Middle East. Yet President Obama’s disastrous foreign policy agenda has left the United States and our allies like Israel in a weakened standing around the world.

Just last month, the Obama administration refused to block an anti-Israel resolution at the United Nations. Obama allowed Israel to be denigrated on the world stage and poisoned the well for future resolution agreements. And if that weren’t bad enough, his Secretary of State John Kerry joined in the condemnation in a recent speech.

This is shameful and unacceptable. Join us in standing with Israel by signing this petition!