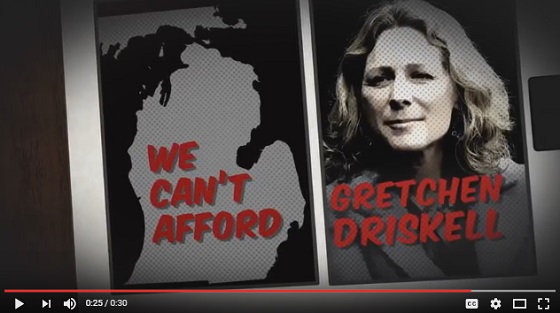 The ad will air on broadcast in the Lansing media market beginning Tuesday, October 25, as part of AAN’s $350,000 independent expenditure campaign in MI-07. A 15-second version will run on digital platforms. American Action Network (501c4) and its sister organization, Congressional Leadership Fund, have announced general election spending of over $40 million in 32 districts nationwide.

ANNCR: The cost of living in Michigan is always on the rise, but when it comes to all things fiscal,

We don’t want to be stuck with Gretchen Driskell.

She even supported higher gas taxes, but took taxpayer-funded pay raises for herself.

So, when it comes to all things fiscal, Michigan can’t afford Gretchen Driskell.